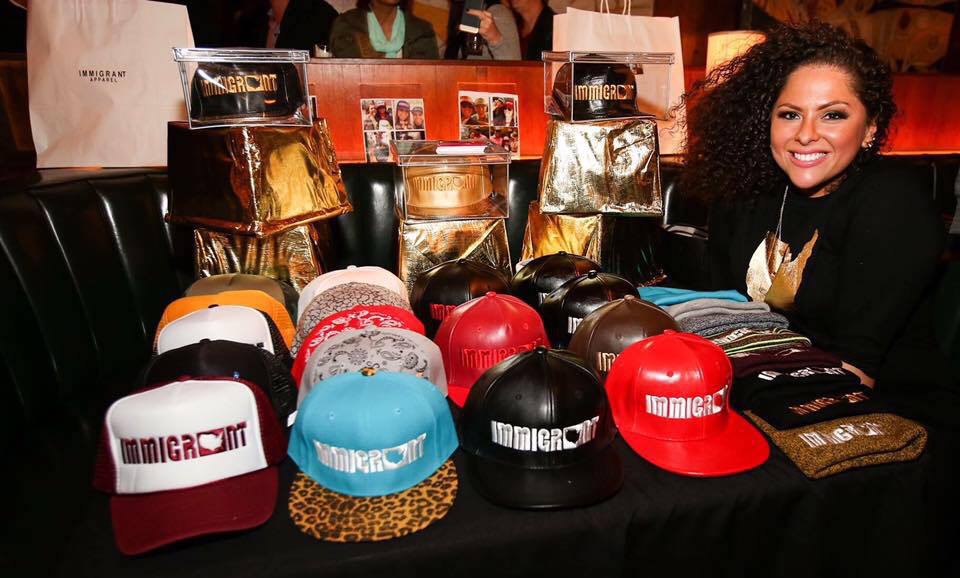 I met Betty Penate last summer at the Amber Rose Slut Walk in Los Angeles. Betty is the Founder and CEO of Immigrant Apparel. Betty was there to showcase her clothing line and show support for the event dedicated to combating gender inequality, sexual injustice, and derogatory labeling. Betty’s participation in the Slut Walk is fitting since Immigrant Apparel is also taking a label that can carry negative connotations and is using it to empower and unify.

When I caught up with Betty to see how Immigrant Apparel is doing I was curious to know more about how the brand identity was formed. I learned that Betty was born in El Salvador and raised in New York City. For Betty, creating the brand was not just about her identity as an immigrant but also an homage to the flood of people who migrate from around the world.

She recalled her moment of inspiration, “I was up one night and it just kind of hit me like a freight train to come up with a clothing line that was not only a dedication to my family, but [also] a vast representation of all the people that I grew up around.” The brand design represents her sentiment, each letter in the logo has been formatted to create arrows signifying immigrants coming in from all different direction and the letter A in Immigrant has also been replaced with the outline of the United States. “I needed something strong, something that would catch your attention and with that map I think it does. It’s pretty bold.” So bold in fact that Betty’s clothing line has caught the attention of various celebrities. The likes of Gloria Estefan, Jason Derulo, Perez Hilton, RedMan, Bryshere “Yazz” Grey, and countless others can be seen sporting Immigrant Apparel swag in photographs on the company’s website. 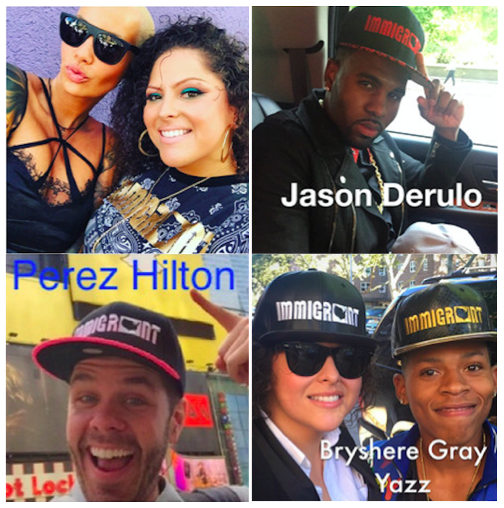 Through social media Immigrant Apparel has been able to gain a strong following of people who identify and support Betty’s message. When asked what she might say to those who may not identify with her brand she made it clear “IA” exists for everyone. “It is for the vast majority of people. [Even if] you’re not necessarily a first or second generation [immigrant] we all come from somewhere. And not necessarily immigrants coming into the U.S. You can live in France, move to Germany, and be a French immigrant in Germany. So, it really speaks on a bigger level.”

Betty’s desire to change the negative stigma towards immigrants stems beyond her entrepreneurial endeavors. Recently, she stood with hundreds of others in downtown Midtown to protest the xenophobia represented in Republican front runner Donald Trump’s presidential campaign. “I created IA two years ago,” Betty says, “but fast forward to what’s going on with the elections. I think right now is a great time for Immigrant Apparel. It can be a clothing line that can bring people together.” Immigrant Apparel forces us to see a truth that is easy to dismiss, that we all have roots originating from somewhere else. 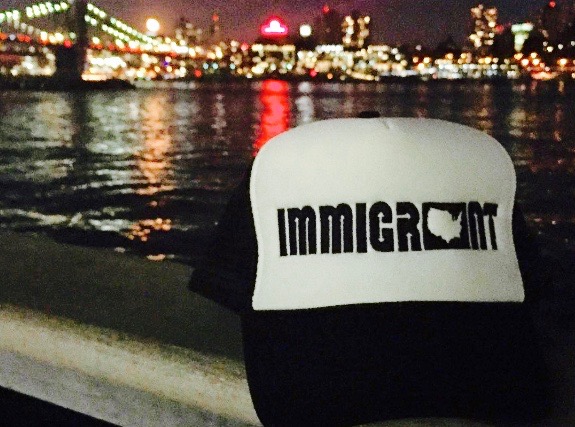 Betty is currently working on getting Immigrant Apparel into as many stores around the country as possible. She hopes to eventually open a flagship store in New York City. Until then, Immigrant Apparel is being sold exclusively online at immigrantapparel.com.

Jessica Camille is an aspiring writer and performer living in L.A. Her passions include civil rights, chocolate chip cookies, and yoga. You can follow Jessica Camille on Instagram.

We are the “new telluric force which in power and universality may be compared to the greater forces of earth”. 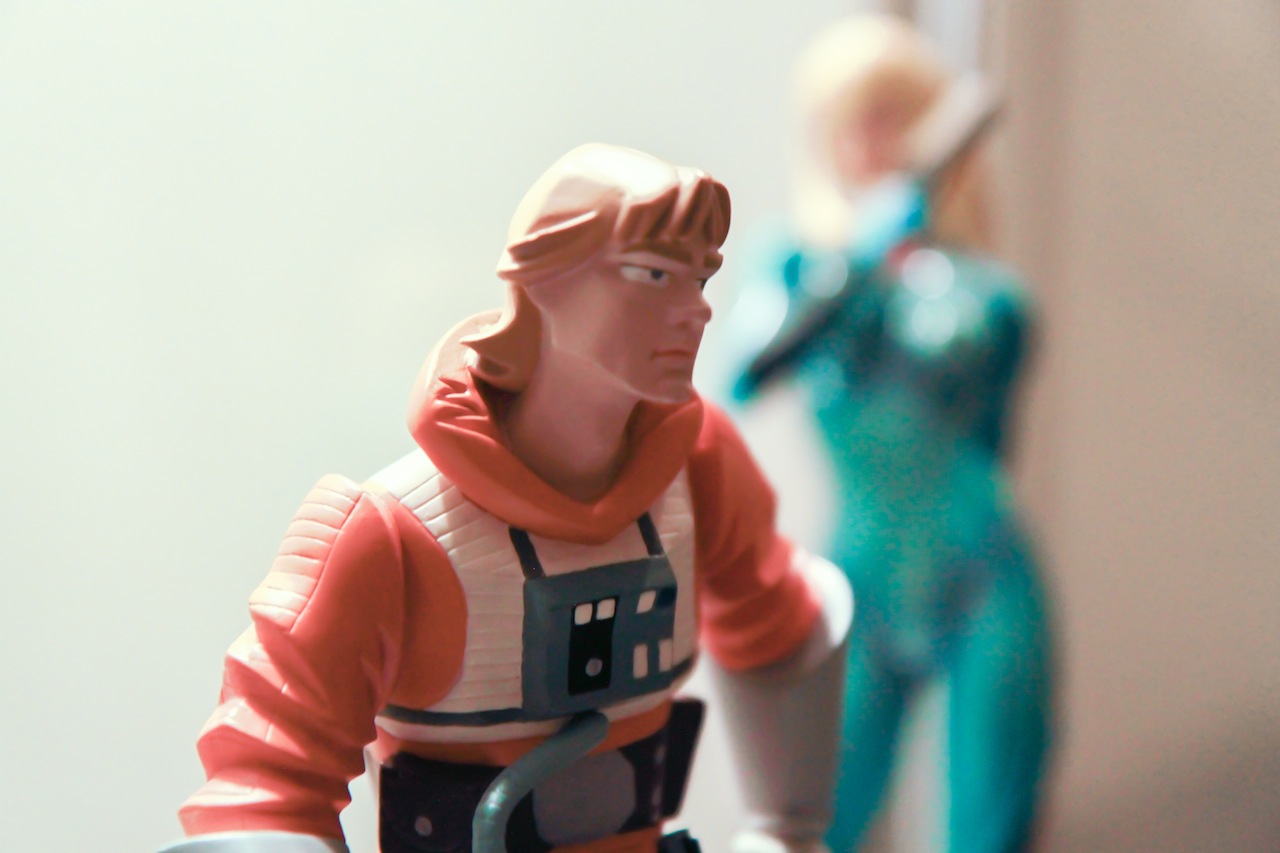 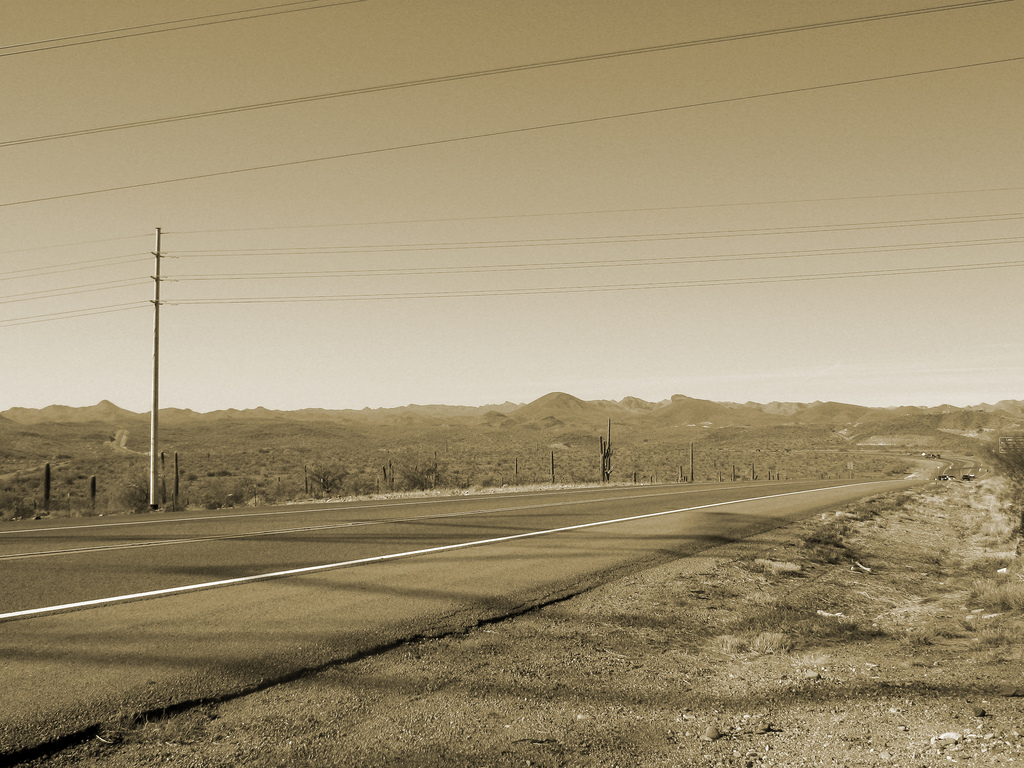 Arizona has a way of affecting you. The mountains, open landscapes, blue skies, and fluffy white clouds. Each works together in concert to open the mind and calm the soul….

Joe Granski is a painter and illustrator who is local to the DC area. His portraits explores the way people use images to present themselves and how those images are, in turn received by others. He has recently displayed his work at DC’s Artomatic.

Dennis, Matt, and I have known Joe for many years and now, he sits with the crew of Unified Pop Theory, Red Bull in hand, ruminating about the creative paths he has taken and what calls “artistic causality”. We found him to be a walking contradiction. Congenial with a bit of arrogance. Opinionated and at the same, a creative recluse. Listen to the interview… 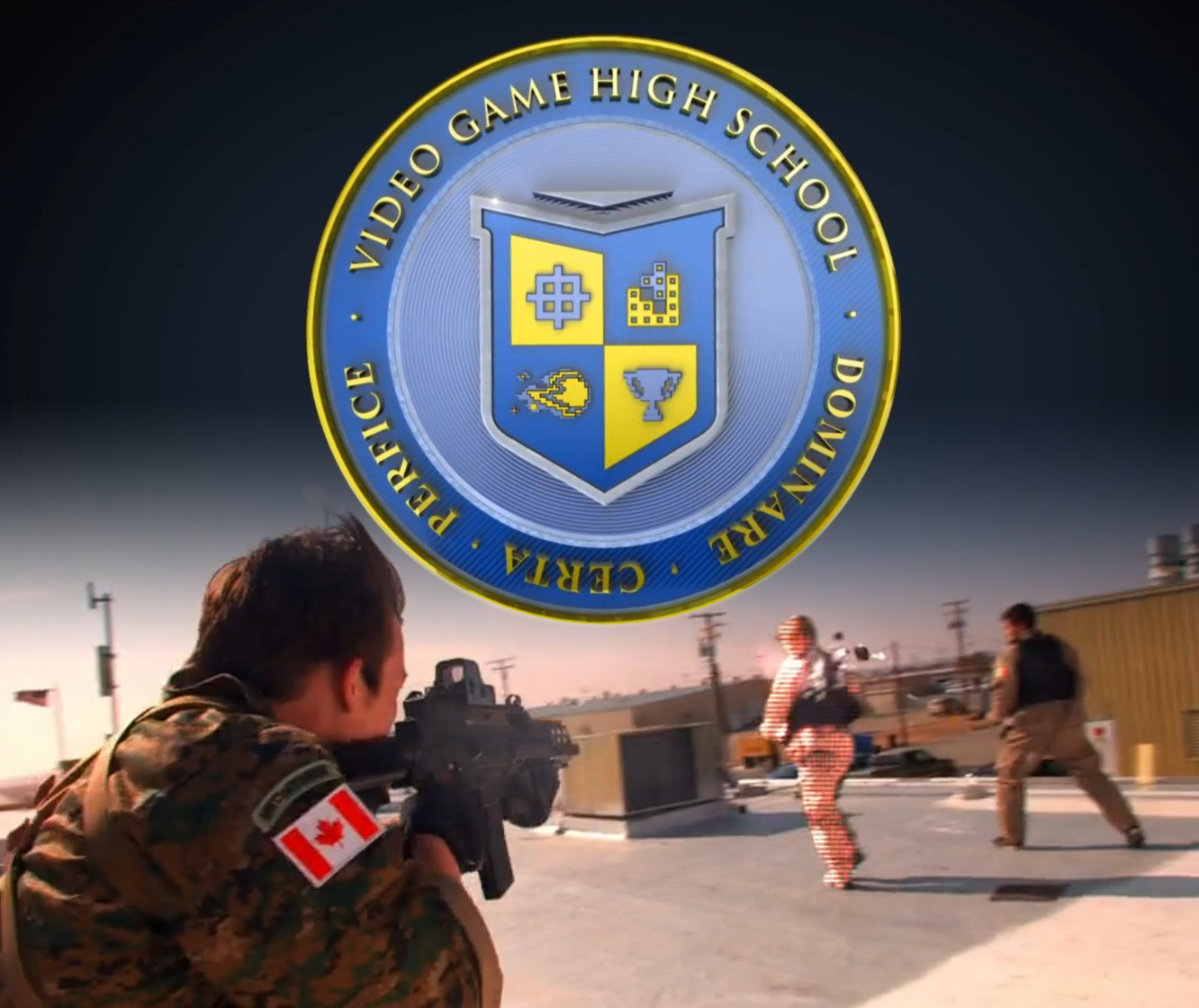 Imagine being graded on how well you can dish out headshots, capture the flag, or getting homework on forcing your APM up. There’s a silent wish of every gamer growing up that they could go to school to play video games, a new webseries named Video Game High School written by Matthew Arnold, Will Campos and Brian Firenzi fulfills that wish. 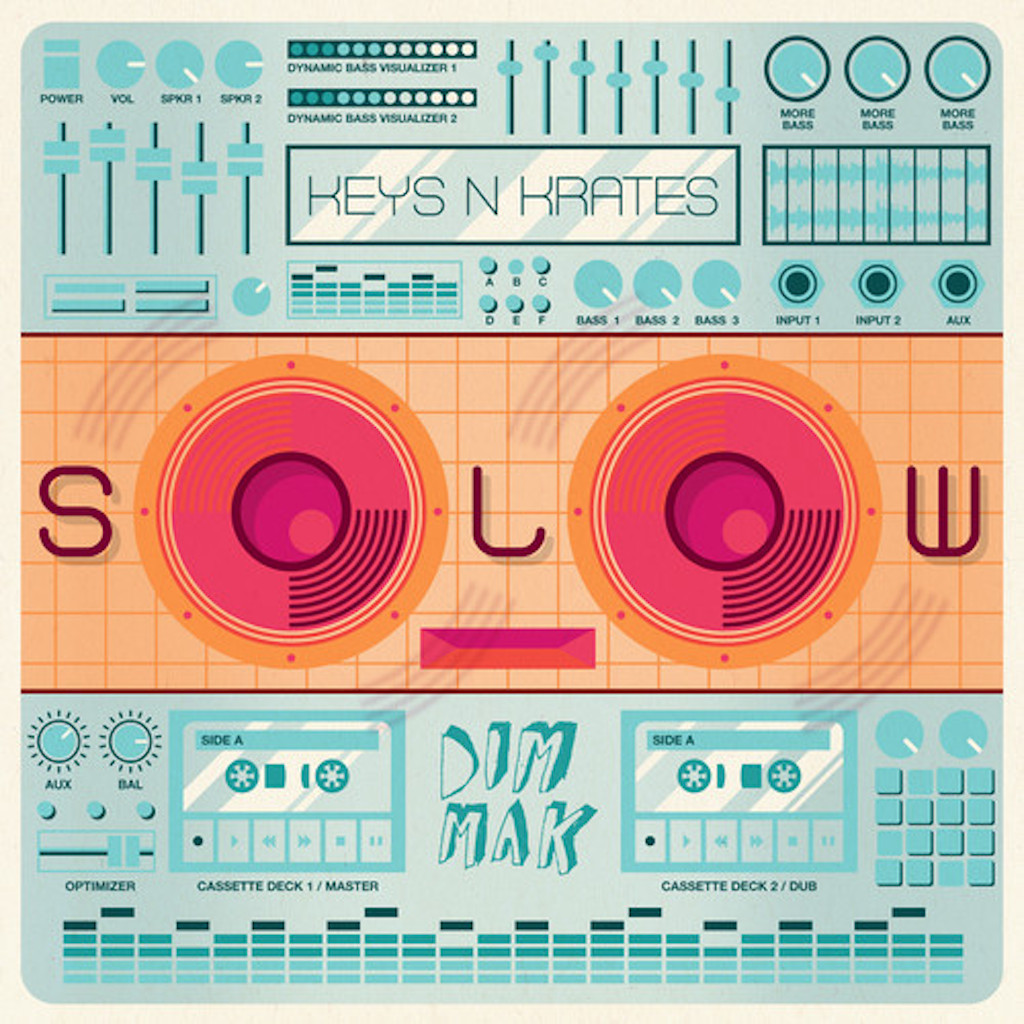